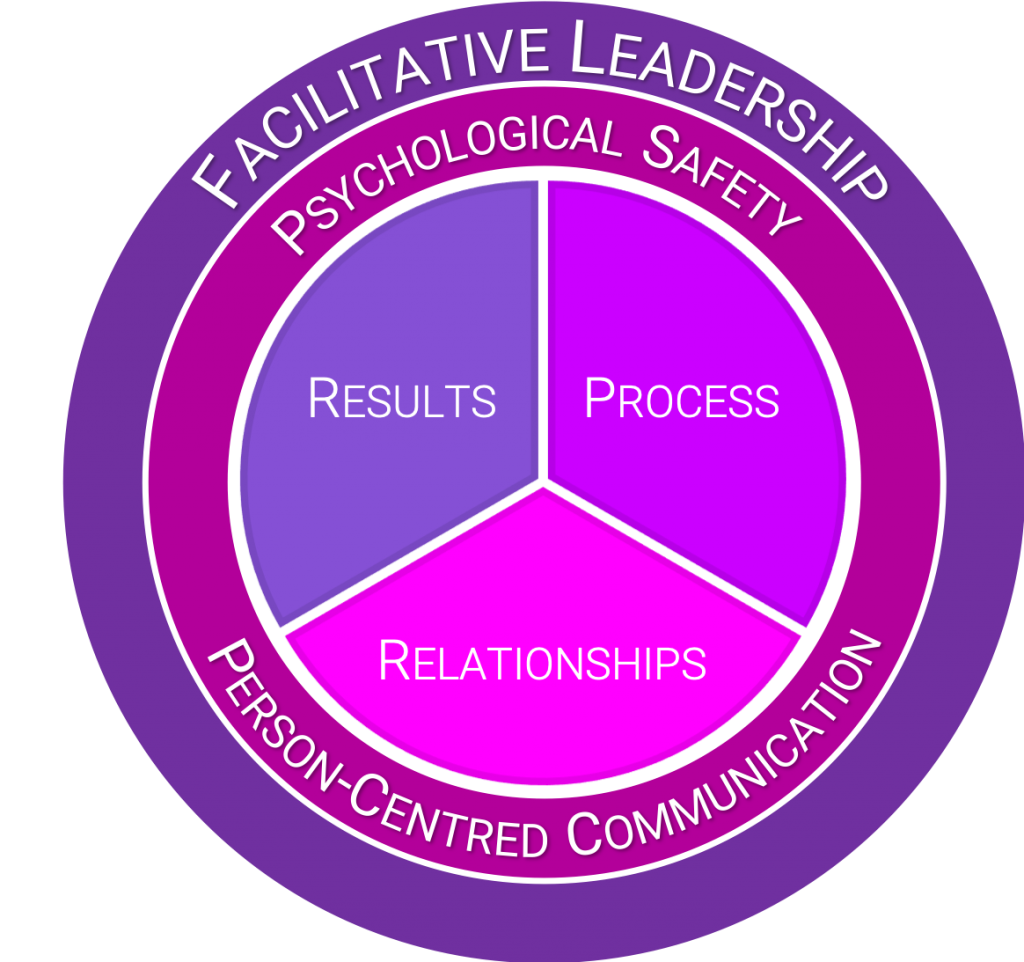 As an organisation built around Associates & Partners, Eskil has grown through Facilitative Leadership.  We have invested time in collaboration, information exchange and engagement.

In addition to this, as a sales-driven entity, we apply the same person-centred approach where we consult heavily with client stakeholders.

Facilitative leadership is a balance of achieving results through effective processes, underpinned by relationships.

Eskil’s key service is in the field of ‘relationships’ – the psychology, communications and behaviours that come under ‘psychological safety’.

Facilitative Leadership creates and supports a positive culture (the sense of psychological safety).

While there is still an imperative to ‘lead’, it is more collaborative and collegiate.  There is no driving need for the Leader to know everything but, instead, to capture knowledge from the collective.  Whether this is in a one-one meeting or a group session, the Facilitative Leader designs and manages the information-sharing process.

There are causal links between psychological safety and productivity & innovation.  The Facilitative Leader is responsible for engendering a culture where people feel comfortable in how they act and speak.

Above-the-line communication is the evident words and actions of all involved.  What lies below this line are values, beliefs, experiences, prejudices, mindset and more.  The Facilitative Leader creates an environment where the line lowers – and people can be honest about how they feel and what they think.

Communications of the Facilitative Leader

The Facilitative Leader doesn’t expect every conversation to go their way.  Likewise, they advocate the maxim, “the answer is in the room” – losing leader ego and encouraging dissent helps to build a stronger enterprise.

Statistically, the majority of people within a senior meeting will be the analysts.  When you consider the need for information and data to support decision-making, this shouldn’t be too much of a shock.  But what about creative thinkers, the people-people, and the people who deliver?  Or the introverts / ambiverts?  Or those who are new to the business and just finding their feet?  All too often, the problem is defined (uncontested) by the person in the leadership role.  Likewise, this person has probably already decided on the solution.  The Facilitative Leader doesn’t have any of these answers and encourages input from all (and limits those with excessive opinions).

Manages the resistance to change

When people are involved in identifying, articulating and driving change, the resistance to it decreases.  People who feel that they are being dictated to will have a natural inclination to push back.  When people feel like they are in control of their destiny, their engagement increases.

All too often, people in leadership roles just can’t let go.  When colleagues have defined a problem, sourced potential solutions, and agreed a way forward, the Facilitative Leader lets them get on with it.  This isn’t to say that the Facilitative Leader isn’t interested: there is more of an acceptance of the maturity and responsibility of the team.

Seeks to raise the capability of everyone, not just the chosen few

Every interaction is a chance to learn something new.  The Facilitative Leader recognises that their job can be so much easier if the capability levels of all employees collectively rise by the smallest percent.

Nine traits of the Facilitative Leader

As you would expect, a Facilitative Leader is balancing two traits: facilitation and leadership.  There are some touch-points while the primary difference to the purist is that leaders lead but facilitators stand to the side.

In Facilitative Leadership, the person in the leadership role choses not to lead but to guide.

So, what do we look for in a leader to create and develop the psychological safety for people to feel safe in contributing?

If you are interesting in the building blocks of Facilitative Leadership